Dr. Nisly is a Professor of Gender, Women's & Sexuality Studies at UI and a Professor in the UIHC Department of General Internal Medicine. The list of her innovations in compassionate care within UI Health Care is long, but some notable achievements stand out. She and Dr. Katie Imborek opened the first LGTBQ Clinic in the state of Iowa, providing greatly needed access to judgment-free health care to an underserved population. Named an LGBTQ health care equality leader by the Human Rights Campaign Foundation, the clinic provides a safe environment for patients in need of everything from routine health screenings to hormone therapy to gender affirming surgery.

Since its founding in 2012 by Imborek and Dr. Nicole Nisly (93R), the UI's LGBTQ Clinic has served more than 1,200 patients from across Iowa and the greater region, nearly 75% of whom identify as transgender or gender non-conforming. Because of social stigma and discrimination, transgender patients have historically been marginalized by the health system and often denied services, making it difficult for many to find welcoming and affirming providers. Because UI Hospitals & Clinics was the first in the state to offer comprehensive care for the lesbian, gay, transgender, queer, and questioning population—and today is one of just a few such providers in Iowa—more than 60% of the UI's LGBTQ Clinic patients come from outside of Johnson County. Some travel as many as six hours for appointments.

"For me, it's akin to someone who delivers babies," Nisly says. "It's so rewarding to work with people who have waited their whole lives to be congruent with who they are. To be part of that process is quite touching. That's why you enter medicine—to help people." She led the campaign within the institution to add the “preferred name / pronoun” fields to a patient’s medical record. With Michelle Miller, PharmD, Dr. Nisly also began a clinic at UIHC where people most at risk of contracting HIV can obtain PrEP, a daily medicine that reduces their risk by between 70 and 90 percent. "Many of our patients are at risk of being left by their families, their partners, their children," says Nisly, a professor of internal medicine. "There are a lot of losses that can be associated with coming out as a transgender person. Having a welcoming place where you can explore that is very significant. For many people, this is the first place where they can talk about it."

"What we do should not be exceptional, but should be the standard of care." 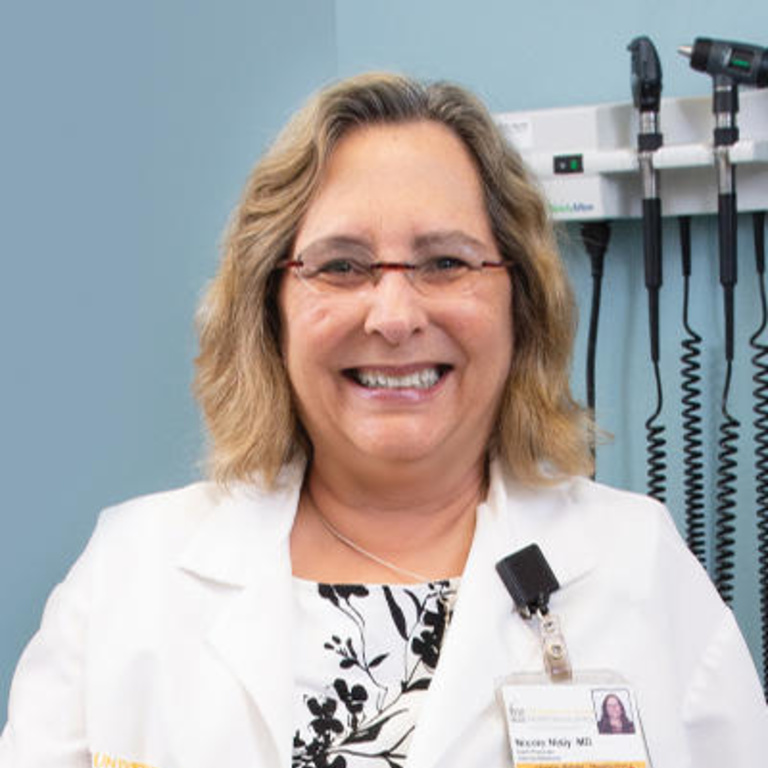